The readings by Laurel, “The Six Elements and the Causal Relations Among Them,” and “Star Raiders: Dramatic Interaction in a Small World” draw on Aristotle’s Poetics to understand human computer interaction as drama, and using six qualitative elements: action, character, thought, language, melody (pattern), spectacle (enactment).

This comparison of HCI to drama is probably most clearly visible in plot-driven video games, but my sense is that these elements are probably widely applicable to many moments of interaction–among people and between people and machines; for instance I think about the scene of getting directions from a smart phone using Google maps. If we draw some boundaries around that act, surely we can use the heuristic to gain insight into what that interaction looks like and perhaps how it can be improved. In other words, within this particular interaction, it may be helpful to analyze the action being taken and what physical, embodied movements are involved in that action, who the characters are and what are their predispositions and traits, what internal thought processes take place for the human, and what information is being processed by the application, what language is being used and how effective is that use in terms of the characters and their thoughts, what patterns are involved, and what is the spectacle? 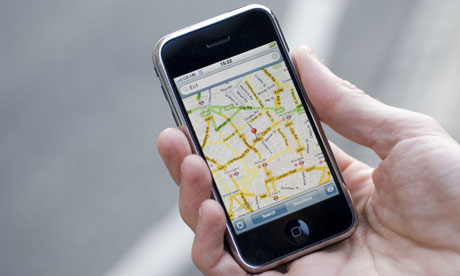 As someone in rhetoric and composition, my mind also goes in the direction of Kenneth Burke’s work on dramatism, which is a way of understanding rhetoric and communication more broadly in terms of drama. Then, I wonder, how does the dramatistic pentad (act, agent, agency, scene, purpose) work within the same situation? What becomes visible and what is covered over? For one, I don’t think there is the same kind of set causal relations as exists within the elements featured here. Laurel says, “Each element is the formal cause of all those below it, and each element is the material cause of all those above it. Somehow this is really hard for me to conceptualize how these elements always take place within a set order, mainly because I don’t really believe this is how interactions work–or is this not what Laurel is saying?

One of the prompts for today was:  Which of the six elements you think is most critical for human-computer interaction and why? My sense is that the element that resonates most with me within human computer interaction does not fit cleanly into one of the six elements: feeling. While this element is not listed in and of itself among the six, it might come up in the elements of action, character, or thought (though this seems to focus on feelings that are consciously and actively thought). However, I think this element is crucial enough that another useful heuristic might feature it at the front and center.